Tarteel: The Challenge of Building a Muslim Tech Company

Islamic food. Islamic finance. Islamic fashion. Islamic schools. We’ve all heard these terms used regularly to describe the industries focused on catering to common Muslim needs in an Islamically-compliant way. But what about Islamic tech?

In the last few decades the tech industry has quickly grown to encompass and manage how we spend much of our time and go about our day. Many of us spend hours every day using the tools and services brought to us by the likes of Facebook, Google, Apple, and others. These companies have billions of users across the globe and enough resources at their disposal to innovate and regularly make revolutionary advancements in technology. However, they don’t serve Muslims in a way that complies with their unique needs and beliefs, and sometimes are even responsible for directly harming the Muslim community.

On the other hand, when it comes to how Muslims use technology to help them practice their religion, the conversation seems to have all but stopped at hundreds of Qur’an and adhan apps. They come with many of the same features, but also many of the same problems. Almost all these apps fall into one of two categories:

Muslims working in the tech industry are hence left with two options:

This could almost be described as a dunya (this life) vs akhira (the next life) problem.

The team behind Tarteel, a new Islamic tech company, envisions a future where Muslims have the opportunity to work towards their success in both this life and the next inshaAllah. The team, founded by young Muslims leaving the traditional tech industry, is working on applying cutting-edge technologies such as Artificial Intelligence to solve challenges Muslims experience today with practicing their religion, such as memorizing and reciting the Quran without mistakes. By hiring top talent from the tech industry, building a sustainable business backed by purchases and services instead of ads and selling data, and operating the company based on Islamic values, the team inshaAllah aims to grow Tarteel into a home for the many other Muslim tech workers that want to serve their community without compromising on their career or their ethics. 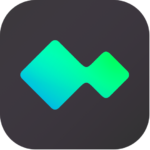 The team behind Tarteel, a new Islamic tech company, envisions a future where Muslims have the opportunity to work towards their success in both this life and the next inshaAllah.

Trying to launch a social media campaign? Here are some tips that experts gave us during one of Urban Muslimz #LevelUp Training sessions!

A new online service, ImamConnect, promises to bring quality Islamic services directly to those who are looking for them. CEO Muddassar Ahmed describes the new service as “Uber for Imams.”

I find it most beautiful that although the Qur’an emphasizes the revelations revealed to Prophet Muhammad (pbuh), Allah still validates the previous religions.

Above all else, Divine guidance is all we need. Without it, we fail in this world and the hereafter…

It took me up until last year to read the Qur’an from cover to cover. To be quite honest, I am so ashamed that it took me until my adulthood to embark on that journey…