In an exclusive live Q&A session with Marjan Kamali, I explored the experiences and advice of this talented author. Marjan is an American-Iranian Muslim author of two historical fiction novels ‘The Stationery Shop of Tehran’ and ‘Together Tea’. She was born in Turkey and moved to Nairobi, Kenya aged 6. She also lived in Germany, Iran and currently resides in Boston, USA therefore developed a wealth of life experiences.

Marjan always knew she wanted to be a writer however, as an immigrant child in the USA, she was aware this was not the traditional route her parents expected her to pursue. This career was considered too dangerous and edgy. To fulfill the immigrant expectation, she completed her English degree at UC Berkeley, an MBA from Columbia University simultaneously with her MFA (Masters of Fine Arts) from New York University.

Marjan was aware of the negative public opinion post-9/11 regarding Muslim immigrants, which was very uninformed and filled with stereotypes. She was eager to combat this by taking charge of the narrative by creating a realistic picture of the truth through her writing. Many people thought writing about Muslim characters may jeopardize her chances of success however, she believes it is more important than ever to showcase authentic Muslim family stories and their experiences.

Muslim prejudice exists all over the world. Marjan encountered the Muslim stereotype of the father of the household to be abusive and controlling with a submissive wife. When submitting her first novel to agents, she received feedback informing her “the father is too nice” and was told to change the father’s character to be of a more hardcore nature. Marjan refused to change the father’s personality resulting in the book not getting picked up. She remained resilient and stayed true to herself, which resulted in later getting published by Simon & Schuster and Harper Collins, and her books were translated into many languages.

Historical fiction novels have always been European based, around the World Wars or medieval England. Marjan wanted to change this to include the Middle East, such as Iran. Conducting research alongside writing is fundamental in order to maintain authenticity of the story. Her father was her primary source for finding out about life in 1953 Iran. Although her characters were fictional, the bookstore, street names and locations were accurate.

Marjan explores many themes in her novels relating to loss of love and country due to the Iranian revolution and time not being linear on the stationary shop. She also explores mental illness, which was considered a taboo topic in Iran at the time where people would go undiagnosed and untreated. She used these key themes to drive her thought process and let the story unfold.

Writers should focus on what order to present information to the reader in order to create maximum emotional connection. In a first draft, Marjan writes everything down to allow the story to evolve. Her second draft involves restructuring her piece, shortening or lengthening different areas. Sticking to 80,000 words over 300 pages is most effective. It is hard to know when your novel is ready therefore just do the best you can do until the editor steps in. Marjan is not a fan of having a critique partner whilst writing her stories as it can derail her thought process. After producing a first draft, she shares it with a few trusted friends to acquire honest feedback and opinions.

Marjan was a writing teacher at school and never a full- time writer. Novel writing is a time- consuming task, where the story can evolve over many years. Marjan recommends having a full or part time job in the beginning in order to remain financially stable whilst keeping the writing as a hobby. However, remain devoted to writing and never give up in order to keep progressing the story. After, you will reach a stage of success where your short stories may get published and you can start building up a portfolio.

Networking with other writers via social media and writing institutions helps to maintain motivation and gain inspiration. Marjan follows the writers she admires the most and describes writers as kind, open and empathetic – therefore reach out!

It is impossible to land a spot at the big 5 publishers in the USA without the traditional publishing route of using an agent. No payment is required for an agent, just a completed manuscript for the novel (for non-fiction books you can approach the agent before the book is completed). The publisher embarks upon the editing process, sells and distributes the book at designated bookstores and shops, and completes the marketing and publicity for the book. Aside from the traditional route, there is self-publishing but you have to do everything yourself.

Marjan wants to see more Muslim authors from all over the world in the industry, especially Iranian males as Iranian writers are usually female. Iranian males are not usually given permission to write or do not have time due to being the sole breadwinners and focused in other careers. She would like to see this gap being bridged.

Finally, always stay true to yourself and never change the truth of the narrative for anyone. You may not find success the first time around with an agent or publisher but keep resilient as another publisher may be drawn to your book.

Should Muslims be dating?

Start the New Year with 11 Techniques to Develop Self Awareness 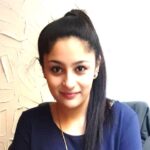 Zainab Akhtar shares her helpful advice for all you pandemic jobseekers. Remember: don’t give up!

Zainab Akhtar shares her helpful advice for all you pandemic jobseekers. Remember: don’t give up!

Think you’re a good communicator? Guest author, Vahida Marić gives her top 5 tips for anyone interested in a career in marketing.

Noor Syed sums up the hints, tips and tricks she learned from Dr Myriam Francois in Urban Muslimz’ #LevelUp workshop on how to be an effective storyteller.

With the coronavirus outbreak shutting down or suspending many businesses across the UK, Muslim workers and business owners are preparing to greet the holy month of Ramadan uncertain of their economic future.