A report commissioned by the Home Office to investigate the “characteristics” of grooming gangs has been released.

The report, which was initially due to be published in February this year, revealed that grooming gangs come from “diverse backgrounds”, with many perpetrators from white backgrounds — discrediting the narrative of the “Asian Grooming Gangs” that were pushed by the far-right in recent years.

While it is unlikely that the far-right will be swayed by the evidence presented in the report, it will nevertheless go a long way towards disproving the supposed link between British Muslims, mostly Pakistanis, and child sexual exploitation.

However, the circumstances around the publication of the report, especially in light on the delays from its publication in February, raises concerns about the Home Office’s conduct and interests on the matter.

What Is the Background of the Home Office Report?

A review on the characteristics of the grooming gangs was first announced by the former Home Secretary, Sajid Javid in 2018. It came in response to a petition calling for a “fact-finding work” that would inform the government’s upcoming strategy on the matter.

When announcing the report, Javid himself claimed that the abusers in high-profile cases had been “disproportionately from a Pakistani background”, referencing the Rotherham and Rochdale grooming gang scandals.

At the time, these scandals at the time were seized upon by the far-right who used them to launch racist attacks on the British Pakistani communities in the UK, as well as using them to attack Muslims in general, claiming at times that a vast majority of Muslims engaged, supported or justified these acts.

In the years since, far-right groups, including those led by Stephen Christopher Yaxley-Lennon, better known as Tommy Robinson, attempted to launch exposes and flash mobs on many publically-visible Muslims.

As someone who also comes from a British Pakistani background, Javid’s statements about the Pakistani grooming gangs had a legitimising effect on such conspiracies.

Despite taking place and being exposed over ten years ago, many British Muslims, including those in Rotherham and Rochdale, continue to be targeted by accusations relating to the scandal.

Although the report was meant to be released in February, this did not happen, and Javid did not comment on the matter after he moved to the Treasury.

A later Freedom of Information request found that the release of the document was barred as it was not in the “public interest”.

Home Office officials said they had applied a “public-interest test”, but the information was exempt from the Freedom of Information Act because it could be used for government policy and included “operationally sensitive” information from police. They added that the information “could be misleading if made public and used out of context.”

This explanation, however, drew sharp criticism from members of the public, with 130,000 signatures gathered in a petition calling for the report to be released.

Among those who criticised the government for sitting on the report were survivors of the Rotherham scandal who accused it of making “empty promises”. Sarah Champion, the Labour MP for Rotherham and the former chief prosecutor who initiated charges against a grooming gang in Rochdale was also among those calling for the report’s release.

Facing pressure from the Opposition and the members of the public, the government was thus forced to release the report earlier this week.

What Are the Findings of the Report?

It also found that the high-profile nature of the cases in Rotherham, Rochdale and Telford, mainly involving men of Pakistani backgrounds, had fuelled the perception that this is an “Asian problem“.

The report did acknowledge that there was an overrepresentation of Black and Asian offenders relative to demographics but added that it is not possible to conclude this being representative of all cases of child sexual exploitation.

What Are the Implications of the Report?

The main implication of the report, of course, relates to the fact that it offers a rebuke to the persistent idea that child grooming gangs are predominantly made up of Muslims from Southeast Asian backgrounds.

While I do not believe this will stop the far-right of trying to perpetuate these myths, I hope that the report can represent the first step towards putting such myths to rest. I also hope that the gradual realisation of the demographics around child sexual exploitation can help the victims whose exploitation may have been overlooked due to racial bias.

However, I also believe that the circumstances around the publishing of the report highlights a deeper issue. In particular, I am concerned about what the “public interest” behind not publishing the report was.

Whose public interest are we talking about? Certainly, it was not in the public interest of British Muslims who have been hounded by the far-right who believed such accusations or just used them to drum up Islamophobia.

Nor was it in the interest of the wider British public who may have failed to take note of the child abuse taking place under their noses because they saw it as an “Asian problem”.

It seems like the only public interest was the interests of those who benefit from drumming up Islamophobia and stoking such myths in a bid to justify crackdowns, especially on minority communities.

After all, the grooming problem was at the heart of what Home Secretary Priti Patel referred to as challenges faced by “political correctness“, suggesting that fears of being perceived as racist against Muslims were preventing the fight against child sexual exploitation and grooming.

The report, in essence, shows that the “politically correct” position was also factually correct.

Then why did the Home Office refuse to publish a document that could clear the wrongful assumptions about this problem that could have helped more victims?

I am glad that this report has been published. However, I cannot deny that it has only raised further questions on precisely what our government was trying to achieve when it excused its decision not to publish the report as a matter of public interest. 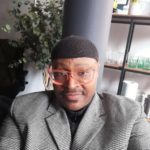 
Andrew has extensive experience and working practice in youth work. He has now been running Y.E.S with Errol and Emmanuel since 2007. As a qualified counsellor and senior key worker, he offers skills in assessing, evaluating and producing solution-based programmes designed specifically to motivate young people to overcome any issues they may be facing, so as to correct any mental health or delinquent tendencies. He has extensive experience in gang work and establishing emotional health and well-being in young people. He has received a Mayor of Lambeth Award for his contribution to the community and its cohesion. He has a Masters in Communication.

New reports on the coronavirus paint a stark picture for ethnic and religious minorities in the UK, with Muslims found to have the highest deaths.

It has been found by the NHS that British Muslims are at greater risk of catching the coronavirus and has been hit the hardest compared to other religious groups.

Earlier this month, US drone strike near Baghdad International Airport led to the death of Iranian general Qasem Soleimani and Deputy Chairman of the Iraqi PMU, Abu Mahdi al-Muhandis

We may have fewer hours of day-light but winter time doesn’t have to be gloomy and dull – especially in the capital city. Christmas is one of the best times to explore London.

“Now that the elections have passed, our duty to participate in politics has not lessened, but become even more essential.”