A Beacon of Light: What Faith Brought Me In My Struggle With Mental Health

I started writing on mental health a few years ago, it was mostly my saving grace amongst the chaos when I felt quite alone. The light I constantly searched for, had ironically been there with me throughout it all. Hu, God, Allah. God never wavered. My faith never wavered either, well not entirely. At least, perhaps, in the conventional manner – it never did. Don’t get me wrong, my struggle with mental illness is not linked to lack of faith, nor is it because I am lacking in the ritualistic aspect of faith. But rather, for reasons I’d prefer not to state.

My mental health has been put through the wringer. Naturally, I found that my ability to carry out the ritualistic also took a hit, and with it came the additional bounds of guilt and shame. For, like many, I had been often told that my suffering was to be cured by going the extra mile and waking up extra early to pray additional rakat’s at fajr and read more duas and Qur’an. Surely, if I were going the opposite direction, all hope is lost, no? What I have learnt as the years have passed however, is that faith is a bearer of light, but that is not to say that, it is the end all of a solution. Rather, as I have journeyed through the never ending commotion that my mental illnesses present, my constant remained Hu. While I often found the will to live to be relished elsewhere – far from my reach – I maintained a stubborn belief within me; one which at my worst moments pulled me through the clouds of despair.

I once wrote: “You have His rūh in you, and for that, you are infinitely worthy” and since, I have often found myself uttering these very same words. They are what connects my soul; a metaphorical umbilical cord to the Divine. If you know me, you’ll know my very first tattoo is one which bears the most significance. On my wrist you’ll find the words, “You are light upon light”, a reminder to myself and those who care to read it. It’s relevance and birth, you’ll find within the Qur’an itself. Surat al-Ḥijr and Surat an-Nur to be exact.

“So, when I have made him and have breathed into him of My Spirit, do ye fall down, prostrating yourselves unto him.”

“Allah is the Light of the heavens and the earth. The similitude of His light is as a niche wherein is a lamp. The lamp is in a glass. The glass is as it were a shining star. (This lamp is) kindled from a blessed tree, an olive neither of the East nor of the West, whose oil would almost glow forth (of itself) though no fire touched it. Light upon light. Allah guideth unto His light whom He will. And Allah speaketh to mankind in allegories, for Allah is Knower of all things.”

Both verses often soothed me and carried messages which in their own way, found crevices within my heart to settle in; slowly tugging on my heart strings to remind me of what I knew deep down— my God never wavered, my light never wavered, my worth never wavered. Instead, it reminded me, as the reminder on my wrist does; my God turns darkness into light.

And while I often couldn’t hold myself up, Hu did, carrying me through the days that are still a blur. My faith, although changed, has deepend. I often found my most vulnerable moments to be the most raw, whatever way they may have come about, I found my thoughts trailing off into the concept of God, often feeling the deepest of gratitude. While my faith hasn’t been the entire story, it has been part of the story, and while therapy took me down and under, it also provided me with the strength to pull myself up and out, and recognise that what faith provides me isn’t so much a never ending crutch, rather, it provides me with the tender love that carries me through.

My mental illnesses purely provided a gateway, another portal through which I could perceive the world and all that it encompasses. The Universe, in all its splendor, mirrors Hu’s glory, and while nature is a given, we often struggle to see the good in its people; my struggle has provided a light through which to receive others and not just myself. It helped, in ways that allowed me to extend empathy towards not just others, but also myself.

Ultimately, faith allowed me to carry on breathing, and carry on seeing and experiencing the world, which inadvertently provided me with the strength to deal with my illnesses and such. It hasn’t been easy, nor has it been smooth sailing, and more often than not, I fell off, but the unconventional has led me to the conventional… 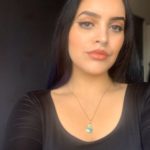 
Misam is a London based writer, poet and student. Having completed a BA in English Literature and Philosophy, and graduated with an MA in Comparative Literature, she’s an avid reader, and enjoys writing on various topics such as Mental Health, spirituality and wellbeing. When she’s not busy writing and sippin’ on oat latte’s, you’ll find her busy working as a TA or running around escaping into bookstores and museums. For her blog and other social media, visit: www.misammerza.com www.instagram.com/lillithspeaks

Preserving our sense of peace is the gateway to having a heart which can welcome the stability of God. After all, Islam means peace.

Love is the origin, foundation, and essence of all soul-centric identity. Why? Because Allah (s) says “I was a Hidden Treasure; I loved to be known, so I created the creation in order to be known.”

Seeing Nature go through several cycles helped me reflect on my own mortality and how it is not necessarily a bad thing, writes Khadijah Hassan.

Sometimes we think being spiritual and gaining closeness to Allah is by sitting out in nature and reading du’aa, and although that is spiritually uplifting, true spirituality is one that penetrates our souls to the very core.

In order to truly recognise Allah as al-Muta’ali and worship Him in accordance with his beautiful name, we first need to learn to make Allah a priority in our daily lives.

How do we keep the spirituality and remind ourselves that this life is but a means to an end? Here are a few practical tips we can follow…

The Night of Power falls within the final ten nights of the Holy month of Ramadan. There are plenty of things one can do on this auspicious night to maximise our blessings and reward.

As we enter the final 10 nights of the blessed month of Ramadan, it is now a chance for us to reflect on what we have done to take advantage of this holy month. What negative habits have we overcome? Which good habits have we incorporated? Which weaknesses have we sought to strengthen? And how […]

Join us LIVE at 7PM as we discuss ways we can reconnect with our faith and spirituality during Ramadan & what we can do to serve our communities.