In collaboration with Urban Muslimz, Christian-Muslim Encounters held its first webinar last Thursday. Hosted by our dear friend, Mohammed Ali Amla, the webinar brought together several prominent names from within the interfaith community, as well as myself.

Aptly titled “Moving Beyond Tea and Samosas”, the webinar is the first in five monthly webinars, focusing on a different aspect of Christian-Muslim relations in the UK.

Our panellists consisted of:

Together, we critically reflected upon our experiences of various aspects of interfaith and how it could be evolved. We also discussed the rise of the far-right and how interfaith plays a major part in countering their narrative.

The main focus of the discussions was on the portrayal and success of interfaith discussion and activity, with Mohammed asking whether we needed to move away from “just having tea and samosas”. The question was that many of the issues faced by faith communities today cannot be solved alone by sitting down and exchanging ideas over snacks and drinks.

Most of the presenters disagreed with this premise, and highlighted that casual and friendly interactions are a key to starting a working relationship.

Julie was especially adamant that the various projects she worked with, the Big Iftar, the Coventry Iftar and Near Neighbours, to name a few, were instrumental in launching friendships, a point agreed by Elizabeth and me, emphasizing that personal relationships are the key to breaking barriers.

“Listening to people is fundamental,” Elizabeth said, adding that it helps people “understand and learn from each other’s point of view”.

Similarly, Andrew explained that reaching a point in a relationship where two people can say “I disagree completely, let’s have pizza” is important and a good measure of genuine friendship building through these interfaith encounters.

My view on the matter was that interfaith needs to diversify and become more inclusive beyond the ‘big three religious communities’ also including more people of other faiths, as well as creating a space for people of no faith, alternative philosophies and those who are former members of a faith ie. Ex-Muslims, and Ex-Christians to engage within the interfaith sphere.

I also feel that some ‘interfaith’ events can sometimes be too formal, sometimes reverting to tick-box exercises and shows of supposed tolerance and ‘openness’. Therefore, such an atmosphere doesn’t always allow people to feel comfortable or to be their authentic selves, which is important when discussing difficult and often personal topics or when asking genuine questions. Dialogue has been difficult, made worse by the internet and polarisation where many people take a ‘with-me-or-against-me’ type view.

On the whole, we agreed that ‘tea and samosas’ (or coffee and pizza if that suits you better!) is a good start for interfaith ties and a way to open up deeper relationships. Similarly, encounters of friendship need to be maintained and not fall by the wayside.

After all, we can’t discuss difficult topics head on. We need to warm up to one-another.

During the webinar, we also had the opportunity to discuss the growing far-right threat. Many of us agreed that the far-right threat will, unfortunately, rise, as our country faces economic downturn due to the prolonged impacts of the coronavirus. We have already seen various communities being blamed for the spread of the virus and we fear the far-right is going to exploit such tensions alongside other movements such as the anti-maskers.

Julie, among us, was the most optimistic and reminded us that Prophet Muhammad, Peace be Upon Him, himself teaches to remain optimistic in the face of adversity.

As we ended the webinar, we were all asked for last reflections on where we can go next.

For Julie, the most important thing is to be sincere with our intentions. “Walk the walk,” she said, explaining that we all need to commit our words to action to improve communities.

Elizabeth suggested that we should all be kinder with each other. This was echoed by Andrew who urged us to stop being cynical. We may not agree with something someone else is doing or think it will succeed but trying to put people who are doing their best down is no way to improve things.

Andrew also suggested that we should stay rooted and connected to where we are from and be honest with our own communities.

As for me, my view is that we should stop using the same old replies and catchphrases to questions. It is ok to admit, “I don’t know”. We don’t have to preach, and we need to go beyond words.

I believe discussions such as these are a great start and I hope that the following discussions will be just as fruitful.

The next webinar will be on 15 October, which you can register for here. You can watch the recording of last week’s webinar here: 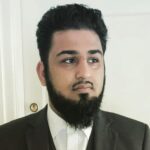