Downing Street announced on Monday that Policy Unit Head, Munira Mirza would be leading the new government commission on racial inequalities. There are reports she will not Chair the commission but be involved in setting it up and managing the comms.

However, Mirza’s history as someone who has denied the existence of structural racism despite the evidence to the contrary, raises questions on how effectively yet another commission can tackle racism, especially one under her leadership. Of equally greater concern is her reported plan to recruit the controversial Trevor Phillips, a former chair of the Equalities and Human Rights Commission, into the commission despite a history of accusations of Islamophobia and indifference to real issues facing minority communities in the UK.

Mirza has repeatedly denied that the UK has a problem with racism; that racism fosters a “culture of victimhood” among minorities and been opposed to past reviews exploring racial inequality and disparity dispute various findings and recommendations by experts contradicting her claims.

The fact that the government has announced another commission and appointed Mirza to lead it despite failing to implement the recommendations of numerous previous reviews, gives the impression that this is not a genuine attempt to implement change.

What we don’t need now is another inquiry, but the speedy implementation of the recommendations of previous inquiries, as well as official reports examining why Black, Asian and ethnic minority (BAME) people have suffered disproportionately from the coronavirus. This new commission will not restore trust or confidence in this government.

Munira Mirza, who was announced by Downing Street to lead the government’s new commission on racial inequalities but in the last 24 hours due to public pressure from BAME groups, the Government seems to be changing direction. Mirza is no stranger to the debate over race. In the past, she has consistently taken a position denying that the UK has a structural racism issue, instead accusing previous inquiries of fostering a “culture of grievance”.

In a feature article in 2010, she claimed that while racism still existed, the rising number of mixed marriages and the increased racial awareness has rendered entrenched racism increasingly a non-issue, criticising the Labour Party’s costly initiatives on improving racial inequality. The article was panned by Robin Richardson, then Director of Runnymede Trust as being in “very poor quality”, omitting the reality of anti-Muslim hostility, and “recycling tabloid myths” about race.

Mirza also opposed the 2016 Lammy Review commissioned by then-Prime Minister, David Cameron and led by Labour MP, David Lammy. The inquiry, which had bipartisan support, made serious and credible recommendations about racial bias in England and Wales’ criminal justice systems. Another inquiry commissioned by then-Prime Minister, Theresa May, was similarly opposed by Mirza who panned it as “dangerous and divisive” in the conservative outlet, the Spectator. Dismissing the findings of the inquiry before it was published and dismissing the past inquiries – including the Lammy Review – as if made to suit a particular agenda, Mirza ingeniously claimed that the report would do more harm to ethnic minorities.

Other times, she’s gone on record attacking the then universities minister, Sam Gyimah, after he criticised Oxbridge for failing to admit more black students while vehemently defending Boris Johnson from racisms claims following his describing Muslim women as “letterboxes and bank robbers” before he was Prime Minister.

Given her history of pushing an ideological point even when all the evidence is against her, is it any wonder how her critics feel. If it isn’t, then her reported picks for the commission should clear any confusion. Among those Mirza picked to take part in the commission is suspended Labour Party Member, Trevor Phillips, who is a former chair of the Equalities and Human Rights Commission. Phillips was suspended from the party due to Islamophobic comments, including references to Muslims being “a nation within a nation”. His previous reported association with Public Health England’s inquiry examining the disproportionate numbers of Black, Asian and minority ethnic people affected by the coronavirus was widely criticised by leading Muslim figures on fears that Phillips’ views make him unsuitable to give the appropriate focus on a community that has lost many members.

The PHE inquiry itself, as has been seen in recent days, is a shambolic display of incompetence and indifference, with the section on BAME deaths excised from the report and leaked to public since.

How can we move forward?

Quoting one of her constituents on the matter of race relations, US Congresswoman Rashida Tlaib once said that “we’ve been studied enough”. And sure enough the same points apply in the UK. We have had repeated inquiries on the topic of race relations and racial disparities in the UK.

As David Lammy himself pointed out on Monday, the Conservative government has been in power for 10 years and during this time, none of the 35 recommendations he made in his review; the 110 recommendations presented in the Angiolini review on deaths in police custody; the 30 recommendations by the Home Office over the Windrush scandal; and the 26 recommendations from Baroness McGregor’s review on workplace discrimination were implemented. A new inquiry, he said, is simply an act of going in circles.

If yet another race and inequality review is to be held, it should be done with clarity and transparency, not announced as an afterthought in an article originally published on a paywalled news site – which few from BAME communities subscribe to – where the Prime Minister seems to be more concerned about defending the integrity of statues than genuine structural issues that many people continue to struggle with today. The announcement should have brought clarity on how it will be conducted and who will be involved. If bias was a problem in the previous reviews, this review should offer clarity on how to avoid bias, not balance the bias with counter-bias.

Several immediate steps should be taken by Downing Street to show that it is sincere in its desire to address racial inequalities. Officially publishing Professor Kevin Fenton’s review on coronavirus-related BAME deaths and the role of institutional racism in it would be a good – albeit late – start. 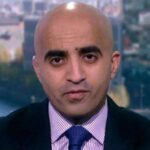 
Mohammed Shafiq is the CEO of the Ramadhan Foundation, Broadcaster and Commentator.

Mohammed Shafiq argues why the appointment of Munira Mirza to lead the new commission on racial inequalities is a mistake on Downing Street’s part.