What would you choose: confrontations that unsettle you or denial that shields you from bitter realities?

“I now know that some people feel unhappiness the way others love: privately, intensely, and without recourse”.

Published in 2013 and written by Khaled Hosseini, “And the Mountains Echoed” is one of those novels for me that make you feel it all; grief, anger, disgust, surprise, immense delight and whatnot. Spanning over half a century and multiple generations, Hosseini talks about the aspects of life that might make you uncomfortable because it is too distressing to acknowledge the truth at times and denial feels like a welcome escape.

The story begins with an excruciatingly bitter reality revolving around the challenges of parenthood and the sacrifices that come with it. We see an extremely poor man Saboor selling his daughter Pari to a wealthy family since they cannot have a child of their own, and Saboor needs the monetary assistance to protect the rest of his family from starvation. Hosseini wrote about that in such a beautiful yet poignant way that the reader would not be able to read it without feeling the pain of the little wailing kid, whose sister got taken away from him at such a tender age, that his whole world turned upside down. The reader would not be able to help being torn between two ideas about what Saboor did. Did he really make the right decision by giving all his children a chance to live life in a less miserable way? Or is the loss of a child, taking the chance away from them to experience the beauty of rich, natural relationships and abandoning them not worth it? It would be hard for the reader to turn away from the bitter reality that maybe that is what destitution does, maybe it robs you of the chance to love, to be what you ache to be or maybe it teaches you a lesson early on, a lesson every being is supposed to learn at some point; life is all about making choices and not all of those choices are going to make you happy. But maybe someday, you will close your eyes and look back at those choices and you will realize that love compels you to make awfully loathsome sacrifices at times, and though those sacrifices will leave you scarred, deep down you will know that you tried, you tried to love to the fullest and you tried to take all blows for the people you live for and maybe, just maybe, that will be enough.

Another character that I found particularly interesting was Nila Wahdati, An Afghan women who was portrayed as alluring, promiscuous and severely rebellious. Her story ends when she eventually commits suicide but it is her life that felt like a lesson to me. The way she blames the world for her sheer unhappiness and discontent, uses external pleasures and even humans to feel some shred of joy and bliss, but fails to find peace, would resonate with a lot of readers if they choose to accept it. The way unhappiness and dissatisfaction can make people look for a safe haven in toxic substances and even other people is downright painful but we all look for escapes like that one time or another. We expect people to stay with us and make the pain stop and ultimately, we become toxic to them too though neither one of us wants that. The cliché saying that “you are supposed to look for happiness inside you” is something we all have heard at one time or another but readings Nila’s story would urge the readers to think about it again and think about what they may be doing wrong.

One strikingly blunt aspect of the novel was Hosseini’s way of writing about the Afghani immigrants who returned to their country to sell some property when the situation was less hostile. The way he wrote about it would make you question if it was irresponsible and even callous of the Afghani immigrants to leave their brothers and sisters behind to deal with the atrocities, or if it was perfectly moral to do what they needed to do for self-preservation. Hosseini makes us confront the fact that all of us feel the pain of the ones who are in misery when it is happening in front of us, but the second we go back to our normal and sheltered lives, we forget about their existence. Isn’t that what most of us are doing in the current times too? So many Muslims around the world are suffering and facing countless brutalities and all of us start raising our voice when something too horrific happens and becomes a “trend” and we are forced to face the bitter reality of what they are going through but when the commotion dies out, we fall back into our normal routines. So what can we say about ourselves then? Is it ethical enough to say that “much isn’t in our control anyway” or are we just too much in denial to admit that maybe we have been equally soulless for being so silent about our Muslim brothers and sisters’ miseries while we are living our sheltered lives?

“J’aurais dû être plus gentille—I should have been more kind. That is something a person will never regret. You will never say to yourself when you are old, Ah, I wish I was not good to that person. You will never think that.” 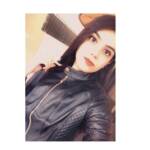