In contemporary times, a lot of young Muslims are avoiding the idea of marriage at all costs. Even young Muslims that genuinely do want to get married, they themselves are facing unprecedented obstacles and challenges that hinder their true intentions.

There are many reasons why some Muslims wish to postpone marriage to a later stage in their life. The most common include a preoccupation with their further education or career priorities, parenting hindrances as well as financial difficulties. Aside from this there is also the overwhelming feeling of not being ‘prepared’, young Muslims may feel that they are not at a stage of their life where they are mature enough for marriage. At times parents may even feel that their children have not reached the level of maturity necessary for marriage.

The media has become the biggest temptation for many young Muslims, this includes the way relationships are displayed as ideal and necessary for young people with them being the focal point of many teen dramas as well as movies that young people watch on Netflix. Even on social media apps such as Instagram and Tiktok it is difficult for young people to escape posts and videos of such ‘happy relationships’ outside of marriage. This issue is far more complex for young Muslims living in the west who encounter such open relationships on a day-to-day basis when going to school, work, and university, and at times even within their own friendship groups.

This can create a conflict of faith for these young Muslims, who want to resist such temptation but may at times find it difficult. However, Allah (swt) has set out a solution for everything and here the solution for such deep desire and temptation would be marriage.

In Islam, marriage holds an immense significance and is described as completing half of an individual’s deen. It has even been suggested by many scholars that delaying marriage is disliked by Allah (swt).

It is important to note that there are many young Muslims that do not wish to delay marriage, but in recent times it is common that the process of finding a suitable partner is much more time consuming and can take much longer. Individuals may become disappointed and unwilling to get married if they are faced with marriage proposals that are fruitless, not suited to them or ones that often amount to nothing. In these times, one should remember Allah may be delaying your marriage for essential reasons such as to reach emotional, financial, and intellectual maturity. There are also many young people who get married when they may not be ready, which leads to a quick divorce. A divorce is something that can be tough for a young

person to deal with, as it can be harmful on their psyche.

All in all, it is crucial to remember that Allah has a plan for each of us and whilst it is important to not delay marriage, young Muslims should also not rush into marriage. If approached in the correct way marriage can complete a person’s life and reap many benefits for them.

And all praise be to Allah. 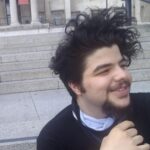