Simplifying Your Life: A Cross Between Stoicism And Islam

It might be surprising to learn that the virtues of Islam were in many cases discussed centuries earlier in the words of Socrates, Aristotle, and even more surprisingly, Epictetus, Marcus Aurelius, and even Seneca. Stoicism is a school of Ancient Greek philosophy, however we have very little works available from it’s early Greek roots. It’s mainly taught and discussed in light of the Romans that came later, namely those mentioned above with the addition of Cicero. Needless to say to anyone familiar with even a fraction of the Stoic philosophy, many of the philosophy’s principles permeate in Islamic teachings and etiquette. This isn’t to say Islam learned from Stoicism, but instead the Stoics had a particular way of living very reminiscent to Divine virtues. Below are just a few of the ways Islam and Stoicism intertwine.

Virtue in Choice or Prohairesis

When considering Stocisim, at least as contained in The Enchiridion by Epictetus, a large chunk of the foundation is set on the following principle: some things are in our control and others are not. Not too contentious, right? Those things which are under our control includes everything subjected to our power or choice, or in ancient Greek, prohairesis. Everything else, things external to us, are not under our control (more on this later). This is important because then, Epictetus makes the argument for virtue. He argues virtue consists of the right use of choice in accordance with nature. This theme of “accordance with nature” is repeatedly used throughout Stoic philosophy.

In Islam, virtue (in action, not in spirit) also consists of choice and the power we wield on what is subject to our control. However, must it also be “in accordance with nature”? Islam is more explicit, after all, the Prophet (pbuh) came to perfect our moral traits and bring clarity to our God-given purpose. Instead, Islam advocates for virtue consisting of the right use of choice in accordance to the Divine. Our actions pave our path for eternity and will not leave us. The Quran states, “O you who have faith! Be wary of Allah, and let every soul consider what it sends ahead for tomorrow, and be wary of Allah. Allah is indeed well aware of what you do.” [59:18]. From the Islamic perspective, those things which your choice governs are best governed by piety or God-consciousness, rather than nature conscious.

Attachment to the World

In the Enchiridion, Epictetus says on attaching ourselves to temporal items in the following excerpt,

“…when you are attached to a thing, not a thing which cannot be taken away but anything like a ewer, or a crystal cup, you should bear in mind what it is, that you may not be disturbed when it is broken. So should it be with persons; if you kiss your child, or brother, or friend, never allow your imagination to range at large, nor allow your exultation to go as far as it will, but pluck it back, keep it in check like those who stand behind generals driving triumph and remind them that they are men. In like manner you must remind yourself that you love a mortal, and that nothing that you love is your very own: it is given to you for a moment, not for ever nor inseparably, but like a fig or a bunch of grapes at the appointed season of the year, and if you long for it in the winter you are a fool. […] And therefore in the very moments that you take pleasure in a thing, set before your mind the opposite impressions. What harm is there in whispering to yourself as you kiss your child, “To-morrow you will die’, and to your friend in like manner, “To-morrow you or I shall go away, and we shall see one another no more?”

It is repeated throughout Islamic traditions from the Prophet, his family, and companions, attachment to the world is the root of many evils. In one saying from Imam as-Sadiq (pbuh), he says, “The one who attaches his heart to the world has attached his heart to three things, endless worry, false expectation and an unattainable hope.’[al-Kafi, v. 2, p. 320, no. 17]” It is customary of Islamic belief to understand and remember the transitory and fleeting characteristics of everything in this world. Reflecting on its temporality allows us to bear the discomfort it may cause and relinquish any unhealthy attachment. God has repeatedly pointed out the life and death of the earth in the Quran for no one’s benefit but our own, and how you might ask, so that we reflect and remember (see 2:164, 16:65, 29:63, etc.). Parents are encouraged to remind themselves their child is not “theirs”, but for Allah. Parents are the caretakers and protectors of a human soul by the grace of God, and the child has obligations to fulfil in the same way the parent has to the child. So what is wrong with a parent reminding themselves when they put their children to sleep that this child is for Allah and will die? Just don’t let the child hear you.

Reflecting on Death and Mortality

Stoicism is a big proponent of submitting to the will of nature, and doesn’t assign much value to pleasure and pain. Instead, advocating for a sort of submission to the will of the “universe”, in a sense. However, the term “nature” is explicitly and continuously evoked in various Stoic writings. When considering the concept of death and reflection in the Stoic traditions, one need not look too far.

Seneca is widely celebrated for his writings on death in his letters and his oft-repeated phrasing of “study death” or “practice death”. He praises death in the Consolation to Marcia which addresses a mother grieving over the loss of her teenage son, when he says, “Death is the undoing of all our sorrows, an end beyond which our ills cannot go; it returns us to that peace in which we reposed before we were born. If someone pities the dead, let him also pity those not yet born.” In another letter, Seneca addresses his friend Lucilius, and writes, “But what if a great yearning for longer life holds you in its grip? You must believe that none of the things that depart from your sight, and that are subsumed into the universe from which they sprang (and will soon spring again), is used up; these things pause, but do not die, just as death, which we fear and shun, interrupts but does not strip away our life. The day will come again which will return us into the light.”

Again, it is incredibly recommended to reflect on the mortality of our physical form. A tradition of states, “The Prophet said, ‘Remember the destroyer of pleasures’. When asked what that was, he replied, ‘Death. Whenever one of God’s servants remembers this when he is wealthy, this world is constricted for him. Whenever he remembers it in hardship, it is expanded for him.” Also discussed in Lantern of the Path, Imam as-Sadiq states, “Death is the closest thing to accompany the son of Adam, although he deems it to be furthest away. How much man inflicts on himself! What weaker creature is there? In death lies the rescue of the sincere and the destruction of the wrongdoers. That is why some yearn for death while others hate it.”

Reflecting on our deaths brings a fear of the Day of Resurrection and the eternal abode that awaits us. Is there anything else more effective at cultivating good action? To push us to take proper control of our choice and in turn, our virtue? In the Quran, Allah says, “Every soul shall taste death, and you will indeed be paid your full rewards on the Day of Resurrection. Whoever is delivered from the Fire and admitted to paradise has certainly succeeded. The life of this world is nothing but the wares of delusion.” [3:185] While Seneca mentions a life after death in his letters, he seemed more invested in a reincarnation of the spirit and didn’t have any firm belief beyond this.

So, What Can We Say About Stoicism and Islam?

In all, there’s plenty Islam and Stoicism doesn’t see eye-to-eye on, and even more that is debatable, but the fundamental principles found in (at least) the Roman Stoics are to be celebrated as shared truths. It is no wonder why later Islamic thinkers wrote about death, worries, and the afflictions of living similarly to the Stoics beforehand in light of the Islamic tradition, such as Al-Kindi’s On Dispelling Sorrows. Stoicism’s early proponents in Rome seemed to advocate for complacency, leaving many to find it problematic. If everyone practiced Stoicism the way the Romans wanted us to, it seems we wouldn’t work to advance our situations with things like technology or similar advancements. Islam seeks to strike a balance for human beings; to be content and “go with the flow” but fulfil your responsibilities properly. It is in light of the Islamic tradition that Stoicism becomes more compelling for our current age. 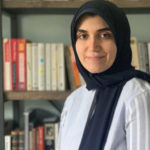 Fatima Najdi is currently completing her studies at the University of Michigan in Dearborn, where she is pursuing a dual degree; a Bachelors of Arts in Philosophy and a Business of Administration degree in Accounting and Finance. Fatima's assiduousness and vitality is what allowed her to pursue her coursework and passion of writing at the same time. At the age of 16, as a new high-school graduate, Fatima became an author of a book of poetry titled "Light" (2015). Her poetry is shared on various social media platforms, including her blog and website, found at the following websites frnajdi.tumblr.com and fatimanajdi.com.

When analyzing the current system of our world, there is a pronounced philosophy by which Western society proudly operates on: individual expression.  Individual expression has been advocated through the creation of several widely recognized movements in the name of normalization, acceptance, civil rights and representation. The motive of such campaigns serves the interests of individuals […]

How mercy is denoted as a foundational concept within Islam and how it plays a key role in the nurturing of humanity.

Some principles of Stoic philosophy overlap with Islamic teachings and etiquette. Here are a few ways Islam and Stoicism intertwine.

These five Muslim philosophers, in the broadest sense of the term, have been great contributors to the Islamic legacy that has shaped much of the intellectual and technological advancements of the world as we know it