There are now 1.7 million confirmed cases of COVID-19 and 107,645 deaths across the globe, and it seems Black, Asian or ethnic minority groups (BAME) are being hit the hardest.

Although BAME only make up 13 percent of the UK population, a recent NHS study of 2249 patients has shown that non-white communities are suffering a disproportionate number of deaths amidst this pandemic. The number of NHS doctors from BAME backgrounds that have died from COVID-19 over the past few weeks also illustrates this.

With that being said, those living in poverty, in poor conditions, smokers and those who drink alcohol are more likely to have pre-existing chronic health conditions, which makes it harder for the immune system to defeat COVID-19 before it leads to severe complications such as pneumonia.

Researchers from the University of Leicester, such as Professor Khunti from the SAH Foundation, stated that doctors have been reporting a disproportionate number of South Asian patients in ICU, in comparison to British White patients.

A similar pattern is also being witnessed in the United States. Dr Vasan, a public health expert and professor at Columbia University said that the virus was going to be felt by ‘the poor, vulnerable, marginalised and communities of colour.’ He also mentioned that this is not because they are more vulnerable. Rather, they are more susceptible to suffering severe consequences which could lead to complications and also death. In addition to this, a large percentage of people with COVID-19 symptoms do not report their condition due to the fear of not being able to pay large hospital and ambulance fees, and hence remain at home with family without receiving any treatment.

However, the majority of states in the US are not reporting this data, creating an unclear picture of the virus’s effects across the country. There is also a lack of documented data on the correlation between deaths and race, which again, does not allow doctors to have an understanding about who is at higher risk of immediate fatality once contracting the virus.

Only on the 7th of April were these correlations acknowledged by the US government after Dr Fauci highlighted them in a White House press briefing. Two days after this, the Centers for Disease Control and Prevention (CDC) released data for hospitalisations by race in its report named ‘Morbidity and Mortality’. The statistics list out racial disparities, as one-third of hospitalisations in the United States were black patients. However, again, due to the lack of data available currently, it remains insufficient in answering questions about access to care, and the severity of the disease for different demographics.

Doctors around the globe have concluded that this pandemic is not hitting all those affected in the same way. Further data gathered about the correlation between race and the virus would allow for researchers to take preventative and reparative measures to support the health of people of colour, which will be key in defeating the virus during one of the worlds most crucial moments in history. 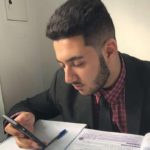 Self-awareness is key to a growth mindset. Providing regular opportunities to reflect and ask yourself questions about how effort, success and failure look like for you is pivotal.

Hygiene is one of the main concepts of belief upon which some of the pillars of Islam are dependent. In Islamic belief, obedience and religious practices revolve around hygiene. The Holy Qur’an and Prophet Muhammad in his teachings, put emphasis on cleanliness and purity as much as religious acts of obedience are accentuated. Cleanliness in […]

We have hit a grim milestone during the pandemic. This week we remember the 100,000 lives lost to COVID-19 & to pray for everyone’s safety from the virus.

“Resilience is accepting your new reality” – Qari Asim reflects on how faith communities responded to a challenging year.

Star footballer and MBE, Marcus Rashford, calls on the Tories to extend the Free School Meals Scheme for the half-term and Christmas holidays. Without the scheme, over a million children could go hungry during the holidays.

The Maidenhead Mosque and Islamic Centre mobilised six months ago to help provide food to vulnerable people following the lockdown.

The decision to base GCSE and A-Level results on mock exams and past grades will disproportionately impact Muslim and minority students. Qais Hussain calls on the government to reconsider its approach.