Christchurch Mosque Attack: One Year On

Christchurch: A place that to this day makes my hair stand on end. It is exactly one year since the unassuming city in New Zealand was shaken by one of the most horrific terrorist attacks imaginable.

On 15th March 2019, a far-right terrorist carried out consecutive attacks at al-Noor Mosque in Riccarton and went on to attack the Linwood Islamic Centre, indiscriminately targeting worshippers from the Muslim community. It ended with 51 dead, 49 injured, an entire nation mourning and a global Muslim community in shock.

It is clear that the attacker’s motivations were steeped in far-right extremism, Islamophobia and white supremacy. In his deranged plans, he did not just want to kill but also to incite hatred. To that end, he live-streamed the attack on Facebook, in an attempt to maximise exposure.

Despite his attempts, the response across New Zealand was a glimmer of hope. In the immediate aftermath of the attack, Prime Minister Jacinda Ardern sprang to action, issuing unconditional rejection of the terrorist and his goals with no excuses. Ardern met Muslim community leaders and called for “sympathy and love for all Muslim communities”. She drew explicit connections to far-right extremism and the role of social media in promoting this; she also refused to name the attacker in a bid to deny him the infamy he so craved. A request that has been echoed by and requested by community leaders across New Zealand.

Within hours, vigils were held in mosques and other sites around the country, bringing together people from across New Zealand’s society. A group of students performed honorary haka and waiata dances to honour the victims. As a sign of interfaith solidarity, the Tree of Life Synagogue in the American city of Pittsburgh, which itself was victim to a far-right attack in 2018, raised more than $60,000 for the victims. In London, a vigil was held outside the New Zealand High Commission, and Kiwi’s across London co-organised a powerful vigil in Trafalgar Square with Adhan (Muslim call to prayer) recited as keynote to the vigil, I was part of an interfaith tree planting ceremony that was organised by Ash-Shahada Housing Assocation, Lambeth Council, and faith groups.

However, one year later many questions remain unanswered and perhaps society is not better off. How was it possible for something like this to take place? Christchurch is a relatively quiet and unassuming city where the Muslim community has peacefully coexisted with the rest of society for several decades. This is not a city where our forefathers left to build better lives for both themselves and their children in the places we now call home. For something like this to happen in Christchurch is a living nightmare for Muslims across the West. How could this happen here?

With these questions scarred into the psyche of New Zealand’s Muslim community, and indeed our broader Muslim community in the West: many do not want to be reminded of that dreadful day, and with the coming week expected to be marked by vigils, commemorative events and remembrance services, many of us are asking: what’s next?

Several survivors of the attack continue to grapple with trauma, both physical and mental. Access to the necessary psychological support for survivors and families of the victims has been difficult despite the best efforts of the government’s “national response and recovery plan”. We must ensure that access to the necessary support is streamlined and efficient so that those in need can receive it.

Members of the Muslim community both in New Zealand and broadly in the West are also concerned about the feasibility of another attack like this being carried out, especially as online threats against Muslims in New Zealand have been growing in number as the anniversary approaches.

However, with Islamophobia on the rise, and far-right extremism increasingly prevalent, the fear of an attack happening on Muslim spaces across the West is of great concern. Since the attack, it has been stated that Islamophobia in the UK has increased almost 700%, although this is just what was reported. In light of this, we should be asking ourselves what steps can we take to prevent this from happening?

I would like to tie this back to New Zealand Prime Minister Jacinda Ardern who said on Friday “The challenge for us will be ensuring in our everyday actions, and every opportunity where we see bullying, harassment, racism, discrimination, calling it out as a nation.”

It is only by shedding our apathy that we can make real change at a societal and cultural level and effectively challenge the rise of hate across our communities.

To quote the great historian Sir Ian Kershaw: The road to Auschwitz was built by hate, but paved with indifference. 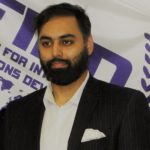 Umar Mahmood is the Vice Chair of the Lambeth Met Police Independent Advisory Group, a Guest Assessor/Lecturer at Kings College London (KCL) and Member of the Standing Advisory Committee for Religious Education at Lambeth Council. He leads on various interfaith initiatives across London.

With the doors to mosques being closed for months, an evolution may have occurred regarding the practices and shape of Islam in both private and public spheres

For the first time since lockdown started, mosques around the UK have held Friday (Jumaa) prayers.Social distancing was adhered to, with volunteers helping.