While Muslims throughout the world congregated to pray during the holiest month, the world watched in horror at how Israeli police stormed and desecrated Al-Haram al-Sharif (the Noble Sanctuary) in Jerusalem.  In an unprovoked attack, Israeli police knowing very well that Muslims were praying the late evening prayer of tarawih during the Month of Ramadhan, attacked and used excessive force to strike down people for simply praying.  These very images of the resilience of Palestinians praying with the background of stun grenades and smoke sent shockwaves throughout the world.  The day after the storming, a Friday, witnessed Palestinians in their tens of thousands march and demonstrate for the preservation and sacredness of Islam’s first Qibla.

The unfortunate dilemma that led to over ten days of fighting between the fourth most powerful military in the world and ill-equipped Palestinian civilians witnessed how entire families were killed, and the Gaza tower housing projects were destroyed under the unproven pretext that Hamas was using sites as human shields.  On the Israeli side, people rushed for cover at purpose-built bomb shelters; the psychological impact of the rocket firing was such that children were afraid even to sleep.  During the 11-day military bombardment, 232 Palestinians, the majority were women and 65 children, were killed, and 12 Israelis, including 2 children, were killed.  The question to ask the politicians is: “was all this carnage and killing worth it”?  How could any humane person sleep at night knowing very well that he/she is directly responsible for the destruction of innocent peoples’ lives, property and future?

As the norm dictates, each side sent their elitist spokespeople who attempted to justify their war crimes and the massive human suffering.  However, what cannot be denied is the ongoing injustice and intolerance Palestinians have suffered for decades.  No sane person could in any right mind justify the rockets firing into Israel.  With the waves of rockets firing over Israel, one navigated to Lod, and an Arab-Israeli alongside his 16-year daughter became victims when it fell into their courtyard.  Palestinians witnessed far worse horrors than any Israeli PR guru could ignore with spin.  Dr Ayman Abu al-Ouf of the Al-Shifa hospital and 12 members of his immediate family were killed by a single Israeli missile attack with no warning.

The very fundamental human rights we all enjoy are simply denied to Gazans.  Palestinians are prevented from freely moving in their homeland.  As the British street artist, Banksy described Gaza as “the world’s largest open-air prison”, Palestinians are prevented from entering or leaving.  Electricity, water and other essentials are often shut off by the occupier, which human rights organisations consider as a crime.  At the centre of this are two groups of people, Muslims and Jews, with distinctive backgrounds at the mercy of those politicians who care less for the sanctity of life.  These people are rich in heritage and tradition but as a consequence of the circumstances are failing to mutually appreciate each other, which results in extremism, Islamophobia and Anti-Semitism.  We must be reminded of the common shared values as Abrahamic people, and that our unified message must bring about love and care for all.

This madness that humanity has succumbed to in the region exposes the dire necessity for a different approach, encompassing justice as its core pillar.   There must be a sense of urgency in seeking accountability for the human suffering.  Israel must adhere to the basic international norms which modern society mandates, and commit to a complete withdrawal from all Palestinian lands (based on the borders of 1967) with East Jerusalem as the future capital of a Palestinian state.  The immediate lifting of the blockade on Gaza and allowing the free flow of movement of people in their own country.  Compensation for those who were forcibly displaced from their homes and lands, and the dismantling of all illegal settlements must follow.  The international community must put in place an agreed mechanism to deal justly and fairly with any claim.

As Muslims, the majority of us know that anti-Semitism is not acceptable when discussing Israel, or at any time, and being pro-Palestine, pro-liberation, pro-justice does not equate to being anti-Semitic.  We should use all legal and political avenues to champion the Palestinian peoples’ cause by adhering to the high standards that our religion demands of us.

We pray that Allah brings peace to this sacred land and unites our hearts with His love, wisdom and mercy Inshallah. 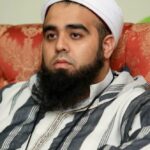 Get moving! Saima writes on the latest appeal by the Galilee Foundation in support of young Palestinians’ education, and what you can do to take part.

Netanyahu’s plan should not just be seen as an operation of outward expansion, but also a demographic ambition in support of a Jewish state.

Donald Trump, alongside Israeli PM unveiled a divisive Peace Plan on Tuesday. Palestinians did not participate in the plan’s drafting.