How the Legacy of Colonialism Shapes the Events of Our Present

The dismantling of a slave trader’s statue in Bristol, England on 7th June resulted in backlash regarding controversies surrounding the colonial history of the British empire. As the Black Lives Matter protests gain momentum world over, there is a looming question mark on how contemporary events are shaped by the global past, and how exactly a not-so-far history impacts the events of our present. After all – colonialism, in addition to 21st century conflicts, are inextricably linked to the concept of human identity and the power imbalances between.

It’s therefore important to contemplate upon the history which lay the foundations to our contemporary life. Feelings of disdain towards colonial statues suggest that the colonial legacy of power imbalances continue to haunt the dynamics of our globalised world.

Western colonial expansion commenced in the 15th Century by the Portuguese and Spanish who conquered new lands. Of course, they were not ‘new’ lands, rather they were the homes to indigenous populations in entire geographic, resourceful plains, which were inhabited by the traditional culture and practices of centuries worth of civilisations. The practice of overthrowing existing civilisations for a new ‘nationalistic’ order, continued for a period of over 400 years.

Africa, the Balkans, Oceania, America, South Asia, and the Middle East. Each of these lands were conquered, colonised and controlled by Western Europe or Soviet powers. One result of this has been ongoing forms of structural conflict – be it local conflicts which ensued over newly imposed state boundaries and borders, the differing treatment of native identities by their Colonial Masters, conflictual policies in stark opposition to the once existing traditional way of life, or the privilege of some groups over others, leading to the uneven distribution of wealth and power – both ultimately dictated by the coloniser.

By the time it was the First World War, entire lands had been left to the upheaval and destruction that came with being conquered. In the case of the Middle East, this was only the beginning. New modern states were formed, as part of British and French expansionism. What followed was years of fighting for independence from the overarching colonial rule. Although independence was sought – the impact of its trauma to identity remained. This article examines three ways in which colonialism drastically impended on the identity of those colonised, and how this impacts contemporary life.

When lands were gained by colonial expansionist powers, they sought to create new borders – notwithstanding the existing tribal, cultural, racial, religious, social and political identities that once existed. Amongst indigenous populations, this created a deep fear for the loss of one’s future identity. This also created a power dynamic, whereby the colonised people’s lives were enslaved to the will of its colonisers. At the heart of this colonialism, was edging away at the essence of the existing identity of individuals, in order for them to accustom to the new state order. This meant that populace that had for long identified themselves as distinct, with their own ethnic, religious and cultural heritages, were forced to unify under a single national identity, often causing friction to the essence of who they truly were in their autonomous right to their identity. This was the result of the new system prioritising state and national identity, over individualistic, societal identity.

“…we are engaged in ‘pegging out claims for the future’. We have to consider, not what we want now, but what we shall want in the future. We have to consider what countries must be developed either by ourselves or some other nation and we have to remember that it is part of our responsibility and heritage to take care that the world, as far as it can be moulded by us, shall receive the Anglo-Saxon and not another character. Remember that the task of the statesman is not merely with the present, but with the future. We have to look forward beyond the chatter of platforms, and the passions of party, to the future of the race of which we are at present the trustees, and we should, in my opinion, grossly fail in the task that has been laid upon us did we shrink from responsibilities, and decline to take our share in a partition of the world which we have not forced on, but which has been forced upon us.”

– Earl of Rosebery, Speech at the Royal Colonial Institute, 1 March 1893

“Othering is the undesirable objectification of another person or group. In these social processes, othering is a process of stigmatization that defines another in a negative manner. This comparison of the other is often made in the service of one’s own positive alterior identity.”

The natural result of creating border dynamics which are insensitive to the existing way of life, is for identities to feel threatened. This threat creates space to fight for the survival of their own identity. Particularly when some ethnic groups were granted favour by Colonial rulers above others, and by empowering them with wealth, assets and positions – it created an imbalance of the existing power dynamics; an uncertainty which many a time resulted in civil wars. Ethnicities who once lived side by side, now had to fight to prove their position in the new order. Much bloodshed resulted from this. One of the most famous civil wars and genocides – The Rwandan Genocide of 1994, was exasperated as a result of this reason. The Belgian colonialists favoured the Tutsi over the Hutu when assigning work roles and social statuses, as they believed they were racially superior. This left the Hutu disenfranchised. The Belgians even went as far as issuing identity cards to individuals explicably stating whether they were Tutsi or Hutu – and if you were Hutu, you were severely discriminated against. All in all, these power dynamics are cited in history as to a key reason as to why Hutu violence against the Tutsi ended so regrettably and drastically.

“The Other lurks as a perpetual threat in the form of other states, foreign groups, imported goods, and alien ideas, and as difference within, vitiating the presumed but rarely, if ever, achieved sameness. Internal others are managed or governed by some combination of hierarchy, eradication by assimilation or expulsion, and tolerance.”

A natural result of being colonised by a colonial “Master”, having your indigenous lands overthrown, a split society encompassing those who agreed and disagreed, and the threat of competing against alternate ethnic groups who were once your neighbours, is the establishing of social norms which have been deeply embedded into the unconscious and psyche of generations to follow. These new social norms redefined how one was to perceive themselves, how one perceives the ‘Other’ and who the ‘Other’ is, and how one perceives the position of superiority established by the colonial ruler.

These social norms are called ‘unconscious’ as they may not be spoken aloud – but they are considered psychological norms of existence which impact the identity of those once colonised – norms we now feel obliged to assume to be true. The effects of their social trueness dictate the trajectory of life as we know it. The implicitness of these norms, can often be in contrast to the norms that are publicly established via democracy for example. And when there is a conflict between political speech acts and the reality of life lived as a person whose heritage faced and may continue to face colonial trauma, there is a space in which conflict emerges.

For example, in the 2020 world, we understand very well that racism is wrong – yet, years of unspoken norms suggest that racism is still structurally embedded. When variant forms of colonialism still exist – such as the redrafting of state boundaries in the Middle East, and identity power imbalances which manifest as racial inequality – it begs the question of how deeply the psyche of the modern world is still haunted by the prominent colonial era.

One thing is for certain – when slave trade statues are removed in response to protests around the world, it insinuates a calling to question the unconscious beliefs that were established by the colonial psychology, and its continued institutional embedding within contemporary social practices and norms. Protest movements signify a call for change, yet change starts with acknowledgement.

As diaspora communities carrying dual identities, it serves well to understand the political, psychological, social, economic legacies which still exist as a result of colonialism, as we navigate through a world calling for this change. 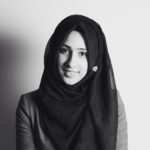 Saarah is the writer and poet for the book Arbaeen: A Lens into a Sacred Journey. She studied MSc Global Politics and Religion at the London School of Economics and University of Oxford. She is a passionate advocate for interfaith relations, as a Cambridge University Interfaith Ambassador in 2015. Saarah has spoken internationally for the promotion of world heritage, humanitarian crises, women's rights, and societal cohesion, in addition to her role as a TV producer and presenter.

Another report finds that British news media has significant bias when reporting on extremism or terrorism.

The UK economy experienced its sharpest decline in over 40 years, with the economy contracting by 2.2% in the first 3 months of the year.

As the Black Lives Matter protests gain momentum world over, there is a looming question mark on how contemporary events are shaped by the global past, and how exactly a not-so-far history impacts the events of our present.