We all came across a heartbreaking picture on social media of an elderly man, lying dead at the roadside, his clean white shirt stained with blood at different points, and an innocent child who seemed to have frozen out of fear, sitting on top of the lifeless body.

As unsettling as this image was, on scrolling further, we came to find the story behind the picture, which was somehow even more unsettling than the picture itself. The dead man was Bashir Ahmed Khan, and he was the grandfather of the little boy sitting on his corpse, in Sopore.

As has been reported, the little boy, Bashir Ahmed’s grandson, was interviewed with the consent of his father and the rest of the family. On being asked what happened to his grandfather (Papa), he answered “he died”. When asked further, by whom, his reply was “the policeman”.

These painful words being uttered by an innocent child should be enough for anybody with half a heart to get a glimpse of the truth. On the other hand, locals allege that thefacts are being misrepresented so much by some BJP leaders who say that Bashir Ahmed was not killed by security officers, rather he was killed by terrorists who had attacked the security officers’ checkpoint, who they say were protecting him. They say that Bashir Ahmed was in his car with his grandson, and that they both began running towards safety when he was shot dead by terrorists’ crossfire. Bashir Ahmed’s brother insists that this version of events is impossible since there was no damage of any sort to the car, not even a glass window shattered by a bullet. He believes that Bashir Ahmed was taken from his car to the roadside and killed by the so-called security officers.

If denying the deceased family’s suffering wasn’t cruel enough, some BJP politicians went as far as likening photographs of the deceased and that of soldiers later carrying the boy to a “Pulitzer Prize”, the literal connotation of which is that his killing would have been an achievement of some sort if he had been killed by Indian security forces, rather than by “terrorists”.

The true mentality of one such heroic BJP leader can easily be comprehended by this one tweet only, never mind anything else. All we need is our eyes and common-sense to see the truth. It is present within the details of the reaction to this incident: that the murder of an elderly man, right in front of his grandchild on a bright morning could be an achievement. But of course, they can’t really admit that. Do they wish they could?

At a press conference in Srinagar, the Inspector General of Police, Kashmir range, Vijay Kumarcalled the claim of the bereaved family “baseless” and said that since they were not present at the site of incident, they can’t know the truth and that if they brought an eye-witness, they’d act accordingly. This manipulation of the helplessness of the bereaved family is another act of cruelty.

If the child was in danger in the middle of a gunfight with terrorists, why didn’t security officers jump to the child’s safety instead of quickly pursuing a photo opportunity?

Maybe it was his fear of Indian forces’ activities being revealed to the world that made Vijay Kumar make another clumsy statement: “Going to the operation area with mobiles is wrong. I will ensure police teams going for the operation don’t carry mobiles along as that may pose threat to their lives. In 2018, many security forces personnel got killed while using their mobiles during duty hours, in standoff attacks.”

In reality, maybe the Inspector General of Police hopes his personnel will be more cautious on social media during their dealings with the innocent Muslims of Kashmir, so that there may be little chance of exposing the truth to the world, while the suffering of Kashmiris will go on, and on, and on behind closed curtains. 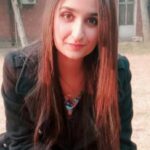 The photo of a child sitting on his grandfather’s body Kashmir has gone viral. Witnesses say that the man, Bashar Ahmed Khan, was shot by a policeman but BJP officials claim he was killed by terrorists.

A new report by a leading scholar alleges that the Chinese government is using forced contraceptives and other methods to reduce the birthrates of its Uighur Muslim and other minorities.