Kabul Gurdwara Attack: As Muslims, We Must Stand in Solidarity With Our Sikh Brothers

It seems that in 2020, not a day goes by without hearing the news of yet another bad thing happening. Even as most of us in the UK and around the world are confined to our homes, the hands of those who seek to spread hate and harm remain busy.

I am referring here to the news of another attack in Kabul, the capital of Afghanistan. You may simply brush over it or shake your head in sadness at the continued bloodshed in the country’s decades-long war. Today’s attack was targeted at a community that, despite suffering immensely during the conflict, had little involvement in it: the Afghan Sikhs.

25 of the small community were killed when gunmen burst into their gurdwara and opened fire on the worshippers, of whom included at least one child. ISIS claimed responsibility for the attack; a strategy adopted by the failing terror group in a desperate attempt to gain relevance.

Made up of some 8,000 people, the Afghan Sikh community is little known even in their own country. Although today’s events made it into the news, the community’s suffering and persecution at the hands of the Taliban over the years has received little to no attention from the world at large. In July 2018, a suicide attack targeted the Sikh community in Jalalabad, leaving at least 17 Sikhs dead including Awtar Singh Khalsa, the only Sikh candidate expected to contest the 2018 parliamentary elections.

The decline of this tiny community and the loss of its members in today’s attack is a cause for mourning, not just for Sikhs around the world, but for the Muslim community too. Despite the persecution they suffered, the Sikh community has shown great support for other communities, especially Muslims. Many times, when Muslims have experienced persecution, Sikhs have been among the first to answer the call of solidarity and have stood beside us. After all, they know not only how it feels to be persecuted, but how it feels to be persecuted for being a Muslim. How many times have we seen in the news Sikhs being attacked, harassed or even murdered by those who thought they were Muslim? The first victim of a hate crime in the US after 9/11 was a Sikh man, Balbir Singh Sodhi, who was killed by a man who had profiled him as a Muslim.

Sikh values teach that any solidarity with a community must be authentic, and that another’s oppression should be perceived as your own. To quote US-based Sikh columnist, Simran Singh, “it’s just not an option for us to throw another community under the bus”. This is why when India enacted the Citizenship Amendment Act and anti-Muslim riots across New Delhi occurred, Sikhs stood with Indian Muslims despite having nothing to lose from the law.

Too often we let hatred pass us by, so long as it is not aimed in our direction. Too often we allow hateful language to go unchallenged because it did not target us and ours. But given the principles of our faith and how closely we hold the members of our own communities, and given the hatred that we ourselves experience, often on a daily basis, the notion that another’s oppression is just as bad as your own definitely resonates with us.

It is for this reason that today, more than ever, we should stand side-by-side with them in solidarity. Unfortunately, today’s circumstances keep us from doing that physically. But there are still many ways we can show the Sikhs of this country and around the world that we are here for them, just as they were here for us during our own dark days. 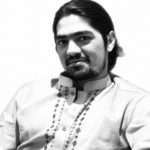 Jaffer A. Mirza is a researcher and columnist. He focuses on the religious minorities in South Asia. He tweets at @jafferamirza

The Taliban has never been a homogenous group. But now, as the reality of running a country in crisis starts to kick in, rival factions battling for larger influence means that Afghanistan’s future hangs in the balance once again.

Zainab Mavani writes about the attack in the Hazara neighbourhood of Dasht-e-Barchi on 8 May, targeting the Sayed-ul Shuhada school in western Kabul.

25 of the small community were killed when gunmen burst into their gurdwara and opened fire on the worshippers, of whom included at least one child. ISIS claimed responsibility for the attack.

We have shown strength in numbers and resilience to the forces that aim to divide us, but we will continue our efforts to achieve peace.

Far from driving hatred and divisiveness in our society, such incidents unite us all regardless of faith background, religion or none.