Why Interfaith? A Reflection of Personal Experiences

I wonder if you can remember your first experience of an interfaith encounter. How did you feel as you stepped out of the comfortable and into the unfamiliar? Where were you? How did you feel? I think there is often an intensity about these experience that we forget after a while.

My experience of interfaith encounters is that they can be life changing, transformational and incredible places for developing deep learning.

So how did I first get involved?

My first encounter with interfaith took place in 2008 at a conference arranged by the Christian Muslim Forum called “Belief and Being in School.” I had recently been appointed as the RE specialist at my local primary school and wanted to learn as much as I could. I remember very clearly sitting down on the first evening with a wonderful Muslim teacher and just talking. I had never spoken to any Muslims before and I absolutely loved it. Having permission to be real and ask questions enabled me not only to understand something of her faith but it also helped clarify an understanding my own faith tradition. It was at this conference that I first encountered Scriptural Reasoning which became a key part of my research journey.

My research considered the possibility of developing an age-appropriate adaptation of Scriptural Reasoning based on stories from our sacred texts and used a dialogical approach. Working at Warwick University and with Nadia Takolia from the Cambridge Interfaith Project we built an RE themed day called THE STORY TENT. If you want to know more you can find practical details at our website storytent.online.

We brought together a research team to deliver the Story Tent day made up of academics, RE teachers and community faith representatives. A total of eighty-seven pupils from three upper Key Stage Two classes participated in the research. Activities included pupil self-assessments, team evaluative interviews and (for a smaller group of seventeen pupils) a structured interview developed by the Council of Europe – The Autobiography of Intercultural Encounters (AIE). I can strongly recommend the AEI as a tool to help children to reflect on their experiences.

What did we find?

STORY: Are you sitting comfortably?

We found that story was a particularly effective way of engaging with pupils. Stories are not only a central part of the primary curriculum but also surround us in everyday living: they engage our emotions and help us to create meaning in an enjoyable way. We are all familiar with the form of a story. There are characters, a plot line, often a problem to be solved and a meaning to be found. As we enter into a story, we become part of something outside of ourselves we begin to look for meanings and patterns based on our past experiences.

Stories are also helpful when dealing with religious belief in that they suspend truth claims and allow an exploration of implicit meanings. I suggest that this aspect of story makes it particularly helpful in allowing differing perspectives and interpretations to exist alongside each other and enables pupils to discuss informally what they believe without having to take on the formal structure of a faith tradition.

DIALOGUE: The importance of three.

Scriptural Reasoning traditionally explores three sacred texts alongside each other, and we found that this aspect was particularly helpful. Peter Ochs, one of the co-founders of SR, suggests that western philosophy is rooted in a system that defines the world through binaries: a dualistic worldview that forces us into opposites. For example, hot and cold, black and white, you and me. Through this process of identifying particularities two problems can emerge. Either the differences become polarised causing separation, or they can initiate a tendency towards universalism where they are minimised and assimilated.

However, when you add a third voice or perspective you open up a space where a different layer of comparisons can be constructed. This third space or “in-between” space allows for much more nuanced ways of interpretation and a place where difference can be held in tension.

IDENTITY: Helpful or Not?

Thirdly, the personal religious identity of the pupils had an impact on their responses which could be associated with either outcomes. We found that pupils who had a strong religious identity and where able to tolerate ambiguity were able to demonstrate a hermeneutical openness where they were able to bring all of themselves and bear witness to their own beliefs. For example, in response to the creation story Tom said:

We can see here Tom is very open to other worldviews and willing to tolerate ambiguity, yet he is confident of his own beliefs and is quite happy for them to exist alongside each other.

My experiences have led me to believe that interfaith encounters can bring about powerful learning environments. Marian Moyaert (2017), an advocate for Scriptural Reasoning, suggests that as educators it is important that we avoid simply generating more knowledge about religious traditions. I think interfaith moves us beyond learning about religions and has a unique part to play in helping our pupils to understand difference.

To illustrate this, I want to share with you one of my favorite quotes. Lucy was such a joy to work with, and this statement highlights for me why interfaith encounters can facilitate such deep learning. She says:

“I just want to remember everything because it has all been a new learning experience. Because like last time you came I looked at Christianity which I looked deeper into my faith, this time I was with SFR1, so it was like really unique to talk to someone who talked about a belief that was different to mine. So, I was thinking about what their thinking and how strong it is to them; and it helps me to understand how strong I can be of my faith.” (Lucy)

Moyaert proposes that we should be developing “linguists capable of religious translation.” Could it be that as we see our pupils combine this openness and confidence to speak out their own insights, we are beginning to see seeds of inter-religious translators? This is something we can explore further.

Where I grew up, I had never met another person from a different faith or cultural background. We now live in a time where social encounters have diversified so much that we can no longer ignore others who think and behave differently to us. The issues we face are so interconnected we need to find ways of living together well.

There is much enjoyment to be found in discovering from others and I believe that interfaith engagement can provide spaces that can be life changing, transformational and incredible places for developing deep learning. 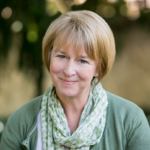 The Keighley Jamia Masjid in Lawkholme teamed up with the representatives of the local Christian, Hindu and Sikh communities to provide help and support for those in need.