Police Violence: What My Experience as a Black Man Has Taught Me

The recent, horrific death of George Floyd in Minneapolis at the hands of a police officer even as Floyd was begging has evoked familiar emotions: Anger at the injustice and the impunity that the officer displayed. Too many times in recent years have I and others like me experienced such emotions, and as I watch the scenes of protests and riots in Minneapolis, I am struck by the feeling that problems between the community and the police will worsen and things will be unchanged. And in that environment, I can’t blame my peers for feeling a natural enmity against the police – both as individuals and as an institution – or feeling that attempting to reason with them is hopeless. I would have felt so too. There was a point I did.

Growing up as someone of African Caribbean parentage in North-West London, enmity against the police was a natural feeling. We witnessed friends and family members in the 1990s go through numerous police harassment incidents. Like many of my peers, it would have been easy for me to have a dim view of the police. After all, I myself have been to America on 4 separate occasions, and have faced a harsh police response on one occasion.

At the same time, however, my experiences with police officers have shown me that there are many in the police force who are just decent people, doing their jobs and want to keep communities safe.

Two people, in particular, have had great impact changing my perception of the police in my adult life. One was a Black police officer, Jamal Moghe and the other was my mentor Rakin Niass.

Jamal Moghe became a police officer because he wanted to make a change with bringing black communities and the police force to a better relationship. He regularly attended our youth engagement programmes in Brent, Camden and Lambeth on many occasions. He expressed his deep desire to deter young people from inner city communities from youth crime and underachievement.

I was very sceptical and suspicious at first but his actions spoke louder than his words. He used to support real proactive and genuine organisations doing the real work in communities that I knew personally with resources to do their much needed work. There was a time when I was considering giving up youth and community engagement work as serious challenges came my way.

Jamal Moghe was the one who told me to carry on and not to give up. By speaking and interacting with him intermittently, he humanised the police in my subconscious by showing me that they are not all evil and they are human too. Sadly, he got killed while doing charity work in Kenya in January 2013.

Rakin Niass, one of my mentors, used to facilitate workshops with me and co-host community events around the country. When we used to get stopped by the police on the motorway, I was purposely cheeky and cocky while Rakin was always calm. On one occasion, after being stopped by the police, Rakin sat me down and schooled me on how to interact with police. He made me see that they are human too and that being cheeky and cocky could escalate issues to unnecessary heights. He reminded me that as human beings we don’t like to be disrespected. When I incorporated Rakin’s mantra of dealing with the police, this made life much easier for me.

I believe that there are many officers like Moghe who want to serve and protect their communities or, at least, do their job right without hurting people. What is important now is for such officers, as opposed to the “bad apples” to take the lead in policing, raising a new generation of officers with new, better and more community-centred values.

I believe that the solution is for police training academies to incorporate more emotional intelligence, diversity training and peaceful conflict resolution. Then, for the same training to be incorporated on an annual basis.

Such officers should work alongside community groups and representatives who can help police and youth interact and support one-another just as Jamal Moghe taught me.

I am conscious this will not be a quick or easy task and I do not want to see more young black men getting scarred, hurt or killed in their encounters with the police. As such, I would like to share my own rules for survival that I have learned over the years.

10 Rules of Survival if Stopped by the Police

1. Be polite and respectful when stopped by the police. Keep your mouth closed.

2. Remember that your goal is to get home safely. If you feel that your rights have been violated. disrespected, you and your parents have the right to make a formal complaint with your local police station. Know your legal rights ahead of such encounters and when you are raising a complaint.

3. Don’t, under any circumstance, get into an argument with the police.

4. Always remember that anything you say or do can be used against you in court.

5. Keep your hands in plain sight and make sure the police can see your hands at all times.

6. Avoid physical contact with the police. No sudden movements, and keep hands out of your pockets.

7. Do not run, even if you are afraid of the police.

8. Even if you believe that you are innocent, do not resist arrest.

9. Don’t make any statements about the incident until you are able to meet with a lawyer or legal representative.

10. Stay calm and remain in control. Watch your words, body language and emotions. 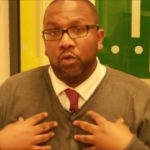 Four police officers from San Jose, California have been put on leave and are under investigation after racist and Islamophobic Facebook posts they made went public.

Majority of police officers of BAME backgrounds say that they have been racially abused.

The abuse came from members of the public, but some have alleged internal discrimination against officers of BAME backgrounds as well.

Miami police has been criticised after one of the seven protesters arrested during this weekend’s Black Lives Matter protests claimed that her hijab was forcibly taken off during her mugshot and images of her uncovered head distributed across news outlets.

A 14-year-old boy has been charged with terrorism offences after allegedly being found to have prepared a shrapnel bomb. He is remanded in youth detention ahead of a preliminary hearing on Monday.